Seeking adventures in a place like Moldova ain’t that hard. Being a former soviet state you can still find loads of curious things. One of the main ones that still raises a lot of interest in the area is the Soviet Bunker in the forest of the village Olișcani. It’s original name being “Strategic Military Objective nr. 1180”, started as a top secret project in 1985 during the Cold War and ended it’s fate at the end of the fall of Soviet Union in the winter of 1991 which left the state of the bunker unfinished to this day. 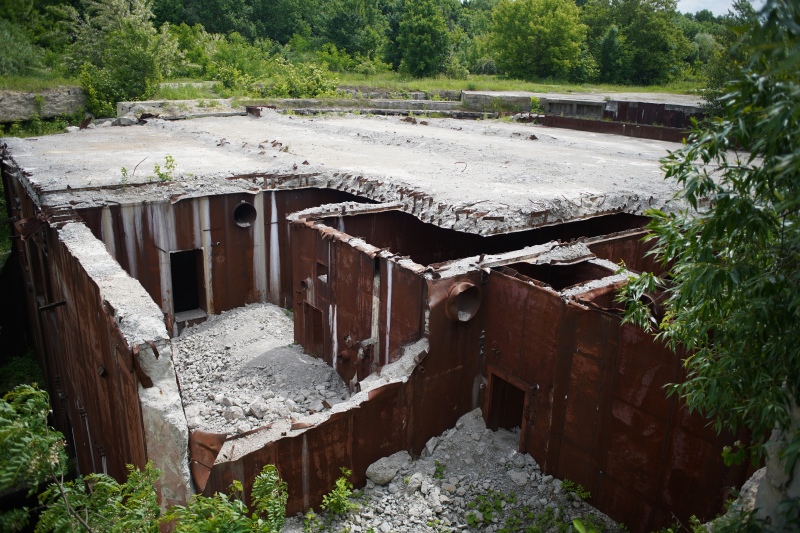 It is not just the bunker itself that raises the curiosity of the people, but also it’s whole story. Originally when the project was approved, people in the village were informed that a tractor and technical repair factory would be built in the forest. The access was forbidden from beginning and only authorised people were able to access it. Little did they know that behind the trees a grandious vision was being unfolded: 2 bunkers with a diameter of 32 square metres and 60 metres deep, administrative buildings, housing, medical centre, canteen, hotel, a fire station, a car park and boiler room all spread out over a territory of 196 hectares. 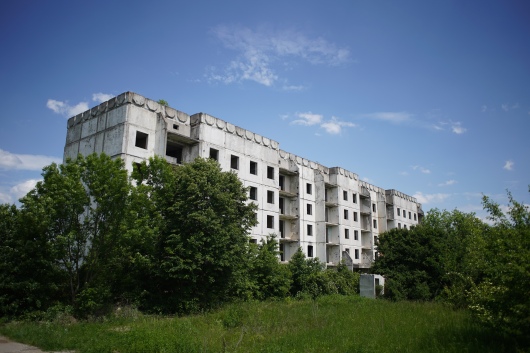 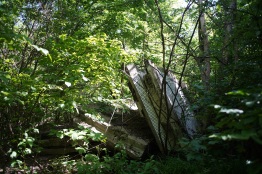 The construction of the 2 bunkers named as A and B, was not easy in itself as it was built to withstand even atomic bombs during wars. With 12 levels in the ground deep, both were connected between each other with tunnels underground, but also with 4 tunnels each leading to the administrative buildings. Inside they were equipped with ventilation systems, electricity, heating and even lifts in order for the military personnel to survive up to half a year under. The locals say that the soil was frozen in order to be able to dig deep into the ground, so even in the summer with high temperatures the workers were wearing winter clothes. The amount of work force was around 2000 people, including many being brought from all over soviet Union with their eyes covered in order to not know their location.

The real reason for it’s construction is not known to this day, for the documents of the project were destroyed after the fall of the Soviet Union. However there are a few versions. One of the main ones is that this was a result from the Warsaw Pact which forced the Soviet Army to fortify their defences against a potential conflict with NATO. Curiously 3 more similar in shape bunkers were built in Belarus, Azerbaijan and Kazakhstan, creating the second version that this was a “false target” – in case of attack, the enemy would have difficulty in identifying the actual location of the launch, for they all looked similar. And last but not least, that this was supposed to be a nuclear rocket launch station. 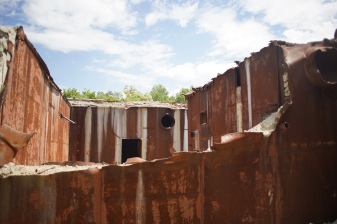 Today, visiting the bunker it is not difficult, however there are a few things to keep in mind: