Yes, it’s true! Statistics say that in the year of 2018 only 20,000 tourists have visited Moldova, which in comparison to other countries it is rather low. But for you this is great news as you will not have to suffer from long queues or bumping into tourists at every corner.  And it is a great benefit because Moldova is somewhat of a mystery to most people as they have never even heard of it, so you’ll come here with no expectations but pure curiosity.  Due to lower number of visitors you can experience the place most authentically and enjoy the hospitality. As most locals are curious about why are you even coming to Moldova, you will experience mostly positive encounters. And hey, who doesn’t like to walk on the less beaten path? You’ll sure make an impression on your friends for having courage to explore such an unknown territory!

One thing that impresses most people when visiting is not actually the price, but the quality – of the food, wine and accommodation. Being an agricultural country with a lot of fertile soil such as cernozem, the care that is put into growing food is not just essential, but hereditary. Generations of wine makers and land workers are keeping the tradition alive by growing rich crops and turning them into delicacies. The rapport quality-price is undebatable when compared to the European market and even if there is still some room for the improvement of certain services, many of the hotels and apartments will provide great accommodation options. From big spaces and modern repairs, up to comfort and spa options, if you’re looking to pamper yourself up you will not be disappointed.

Putting aside the price and quality factor, the local cuisine is also another great reason to visit the country. Historically as the region was mostly romanian, but also under the turkish and the russians, the influence can be felt in the variety of dishes. The most famous traditional dish is Mămăligă, a type of polenta (corn porridge) which is eaten with fresh local cheese and sour cream, but also can be served with scrambled egg or meat. Then the “sarmale” or also named “găluște”, like the turkish dolma are cabbage or grape leaves stuffed with a rice, carrot and meat filling. Stuffed peppers are also easily found, alongside a variety of meat balls “pârjoale” and “cighiri” and vegetable stews “tocană”. And let’s not forget the famous pies “plăcinte” which can be sweet or savoury with pumpkin/ apple/ sour cherries/ potato/ cabbage/ cheese fillings. Diving into soups you can discover “zeamă de pui”, a local chicken soup, but also can easily find the russian borsch, soleanka and okroshka (a cold summer soup). Ukranian dumplings which we call “colțunași” and russian salads such as shuba and olivie are plenty alongside the homemade fruit drink compot . If you wish to try more of the local delicacies, then have a go at the local dishes with rabbit meat or test your test buds with some pickled watermelon.

4 – We have the biggest wine cellars in the world (and also great wine!)

We might not have an Eiffel tower and fame like the french wine, but we have the biggest wine cellars in the world. Yes, that’ s right – Mileștii Mici winery is registered as the biggest in Guinness World Record Book for it’s underground cellars that stretch over 200km’s, but also for having the biggest wine collection. Cricova winery comes in second, with over 60 km’s and over 30.000.000 litres of wine produced. With a strong wine culture, over 140 wineries and 8% of the worldwide wineyards being situated in Moldova, it was bound that we would hold a unique record in regards this. Visiting these two wineries is possible alongside the others by booking a tour with them at least 1 day upfront. But the love of wine does not end just here. Each year on the first weekend of october moldovans celebrate National Wine Day in Chișinău and with a growing wine tourism industry, various other festivals and wine tasting events are popping up across the country. There is no lack of wine on the shelves of the bars, shops or even locals home cellars.

Despite being independent for 28 years, the soviet past can still be felt. It’s influence still vibrates through the socio-economical and political sector as the country is trying to recover and stabilise itself in a healthier manner, but the wound is still fresh. From soviet monuments, mosaics, museums, architecture and cars, the remains of the fallen regime can still be seen when visiting. You can find some Lenin statues, soviet post offices and shops in villages, books and memorabilia at flea markets and also an abandoned soviet bunker besides the brutalist architecture.

6 – We have a country within the country

For those that like to travel to “spicier” places, we’ve got it for you- Transnistria – the country that is not recognised, but has it’s own currency, border, military, government, anthem, bank and phone service. Being a frozen conflict area since the fall of Soviet Union, the territory has become quite a curiosity for most tourists when visiting Moldova, especially that most countries do not advise people to visit it. Enmeshed in a lot of scary stories about Russian military, difficult border crossing and bribery myths, visiting it is actually much simpler than expected. If you do plan on coming here, do your research right and make sure to register at the border!

As silly as it may sound, it is a valid reason. There is no tourist tax around due to being a small industry but also due to the low number of tourists . So you won’t be needed to pay extra 3 euros or more just for visiting or staying in a specific area/ hotel. The fewer expenses, the happier the wallet!

8 – It’s the best place for recharging your batteries

Have you seen how green the country is? It’s the perfect place for a relaxing break! Just take a walk through the city’s parks and you will be amazed by the sensation of being out in nature. And with the laid back atmosphere, you will not feel like in a busy and tiring metropolitan city. Seeking a more outdoors getaway? No problem! Plenty of lakes and rives, hills and cliffs for walks, biking, hiking, camping, swimming or fishing. You will find various places across the country where you can relax with a glass of wine, some bbq or just tan under the sun. The natural reservations are easy to visit and if you’re lacking vitamin D, you can fix it here because Moldova was actually the sunniest state from the former Soviet Union countries! We might not have mountains or seaside, but we have a bundle of good energy and the treasure of the piece of land that we’re on – abundance of trees, beautiful landscapes and delicious fruits. 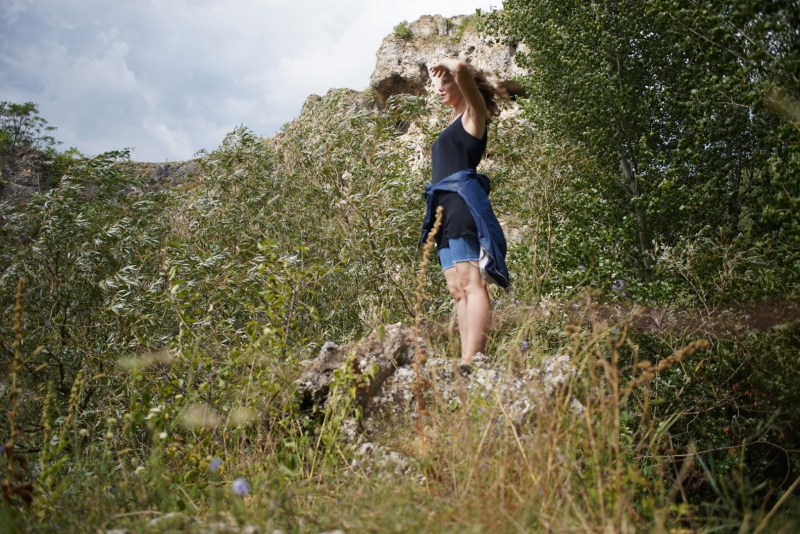 Surprisingly to some, Moldova actually ranks in top 10 countries with the fastest and best internet speed in the world. So if you’re a digital nomad or just work remotely for your job, this place should be suitable for you. Not to mention finding easy internet access even on the street or cafes, not having to buy a coffee somewhere just to get the wi-fi password which a lot of us let’s face it, find it very annoying when traveling! And if you’re afraid that you’ll get lonely, not a problem! Across the capital you can easily find co-working spaces or IT hubs which you can join and they are very english friendly. So combining with the other benefits of cheap living expenses and being in between Europe and the Eastern world in case you wish to travel around, I see no reason why you shouldn’t give it a go here!

One of the greatest benefits of visiting Moldova is that it’s quite cheap. Despite not being everything for 1 euro cheap, there are a few things that are under that price. For example most of the museums in the capital have an entrance fee of 10 lei (50 cents), while public transport 2 lei (10 cents) for a trolleybus ride.  For 1 euro you can have 10 trolley rides in the city! A ride with the bus to the Transnistrian capital Tiraspol is 40 lei ( 2 euros), while to Orheiul Vechi even less. While in most European countries you will pay from 25 euros for a bed in a hostel, for the same amount (or less depending on location) you can rent a room in a hotel or an apartment. Hostels are priced from 5 euros per night, while an average meal out will be between 5 to 10 euros.  And to quench your thirst, a 0.5L water bottle starts from under 50 cents, while a beer one from 60 cents and for 2 litres you’d have to pay 1,50 euros in the shop. Now for wine, vodka, brandy… you got the message I think 😉