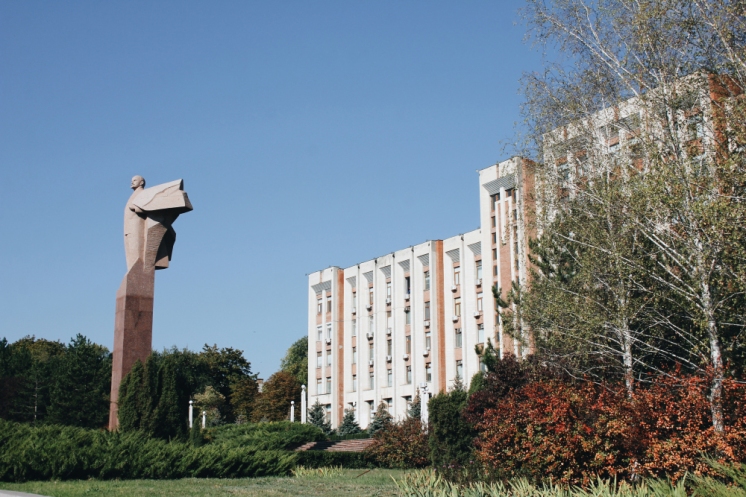 Processed with VSCO with a6 preset

One of the biggest mysteries of Moldova which everyone wishes to see is Transnistria – a piece of territory which has been autonomous since 1992 and is stuck in a frozen conflict. Advertised as a dangerous area, with most embassies not advising to go there, having russian military and the necessary border control, Transnistria has created quite an image for itself. But is it really that scary?

Historically Transnistria became a state of it’s own on 2nd of september 1990 when it was proclaimed “Dnestrian Moldovan Republic” right after the fall of communism. As Moldova gained it’s independence in 1991 and was registered as a member of UN on 2nd of march 1992, it signed a military intervention in the region to get rid of the rebel forces (which were helped by the soviet army) that have been taking over. After a few months of war and deaths, on 21st of july 1992 Moldova signed an agreement of peace with Russia. To this day Russia keeps it’s military and supports this region politically and economically, but it does not recognise it as an independent country.

Nowadays Transnistria has become quite a treasure for tourists. It has uniqueness, it’s own passport and currency. Entering the region one is required to register at the border control which takes a short time without any trouble and no bribery is needed or required whatsoever. Due to the influx of tourists they even speak a bit of english at the border now.

The first city after passing the border is Bender. Here you can visit the “Bender Fortress” which is situated right on the shore of river Nistru (Dniestr). The Military Cemetery and Memorial of Military Glory are both situated in the centre of the city. Please note that Transnistria has it’s own currency, so if you wish to buy your entrance at the fortress, museums or anything else, you need their local roubles.

Despite Bender and Tiraspol are separated by the river, they are united by a bridge and they have the trolleybus 19 that connects both these cities. At the entrance of Tiraspol you will be greeted by the famous Sheriff Stadium. 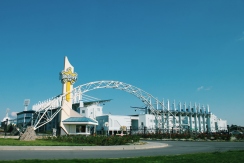 In Tiraspol itself most of the amenities for visiting are situated along the main road, so getting lost is not much of a possibility. Suvorov’s Statue, The Government building and the Lenin’s statue, House of the Soviets, House of Advisors, Tiraspol’s Museum, The Eternal Flame Memorial and the Tank, The Nistru Bridge, ruins of the fortress Tiraspol, The Cathedral, green market and a ride with the boat are things that you can explore. If you like alcohol then maybe you could book yourself a tour to the Kvint Distillery or Buket Moldavii winery, both of which require booking in advance.

But Transnistria does not end here. Besides Bender and Tiraspol there are other cities too. Nearby Tiraspol you can visit the beautiful Noul Neamt Monastery which is a monk monastery. In village Târnauca you find the “Museum of the bottle” which is a private museum founded in 1988 and hosts around 20.000 bottles from over 170 countries. A fun fact as well is that is the biggest building in the world in the shape of a bottle!

Driving more up north the country you can visit the Grigoriopol, Dubasari or Rabnitsa city which is considered the north Transnistrian “capital”. Beatiful spots of Transnistria can be observed from the shore of Molovata, Saharna, Japca Monastery, Lalova and others. During warmer season boat rides can be booked along the Nistru river which give you the opportunity to see both the shores.